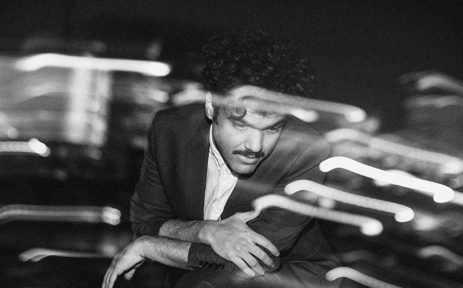 Alex Ferreira is a Dominican songwriter who crossed the ocean from Santo Domingo to Madrid in 2005 to work tirelessly on his artistic proposal. With the years he has
become an outstanding name within the alternative scene from Madrid and Mexico, releasing two albums and three EP’s with the label Warner / DRO Spain, which
received high praises from audience and critics. He has had the chance to present his works “Un Domingo Cualquiera” (2010), “El Afan” (2012) and “Cinema Tropical” (2015)
in the most important venues and festivals of Spain and Latin American with great success.

His albums have earned him important awards and nominations; he was nominated by the Spanish Music Awards to Best New Songwriter and Best New Artist. He has also
collaborated on stage and at the recording studio, with many top Latin names such as Fito Paez, Jorge Drexler (“Salvavidas De Hielo”, “N”), Natalia LaFourcade (“Mujer Divina”, “Hasta La Raíz”), Kiko Veneno, Ximena Sariñana (“No Todo Lo Puedes Dar”), Iván Ferreiro (“El Dormilón”) or Russian Red, just to mention a few.

In 2016 he presents “Frente Caribe”, a parallel project of Caribbean music characterized by its rhythm and impeccable production. Also, in the summer of 2017,
and to continue with his evolution as an artist, Alex Ferreira crowdfunded his last album “Canapé”, a new collection of songs about love and heartbreak.