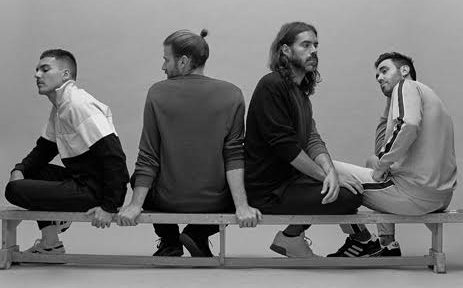 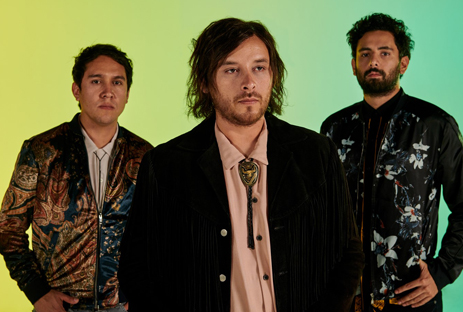 The band is releasing new record in 2019.

THEY’RE NOW RECORDING THE FOURTH ALBUM OF THEIR CAREER.

Miss Cafeina will be back with new album and new tour in 2019. The band is deeply immersed in the recording of their fourth studio album, produced by Max Dingel, producer also the band’s former records “Detroit” and “De polvo y flores”.

With their previous work “Detroit” the band moved towards a more electronic rock, where guitars were still fundamental in the strength Miss Cafeina had built up along their ten years of career. “Detroit” meant the beginning of a new adventure in which synthesizers became more influential, wrapping the band in a futuristic and sophisticated atmosphere.

After more than 100 concerts with their successful “Detroit Tour”, throughout the most important cities and festivals of the country, being sold out in many, the band said farewell to this tour with two very special shows in La Riviera (Madrid). Motor City Show was the name chosen for these two end-of-tour concerts (after Detroit’s nickname Motor City).

Two exclusive nights with a crowded La Riviera, both sold out four months before and in only ten days since the tickets were available.

Four years ago, Manuel Mendoza (vocals and bass), Jonathan Meléndez (keyboard) and Erik Vázquez (guitar) left behind their solo careers to become Camilo Séptimo. The band would quickly acquire their distinctive sound with the songs included in Maya, their debut EP. Inspired by Maia, one of the Pleiades stars, Camilo Séptimo reflects an interstellar imagery that has been part of their lyrical personality.

One year later, during the summer of 2014, Camilo Séptimo released the video “No confíes en mí”, achieving unexpectedly and only in a few months more than one million views in YouTube. From then on they start playing beyond Mexico City, throughout the country, something quite unusual for a new and totally independent project.

In May 2017 they presented their first record, Óleos, at a sold out Plaza Condesa. This show was the beginning of their #OleosTour which would take them all over the main Mexican cities, and also countries such as Colombia, Chile and Costa Rica. The tour came to an end as it had started, with another two sold out gigs last November at El Teatro Metropolitan.

Last July 27th Camilo VII released in Spain, in physical and digital format, their record “Óleos” (Hook Ediciones Musicales 2018). It was presented at the Sonorama Ribera 2018 Festival in August with great acknowledgement from audience and critics.